These Newsletters are not intended as legal advice since each situation depends specifically on the facts presented.  Persons reading these Newsletters should seek competent legal advice with regard to the subjects contained herein before making any employment or other decisions.
(Advertising Material)

2.    NLRB Establishes Standards for Mail-In versus Manual Ballot during Elections

3.    Should I Require My Employees to get the COVID-19 Vaccination?

5.    NLRB Invites Public Comment on Whether to Band Scabby the Rat

about you for employment purposes.

These purposes may include hiring, contract, assignment,

promotion, reassignment, and termination. The reports will

include information about your character, general reputation,

personal characteristics, and mode of living.

We will obtain these reports through a consumer reporting

To prepare the reports, GIS may investigate your education,

criminal record, lawsuits, driving record and any other

You may inspect GIS's files about you (in person, by mail, or

by phone) by providing identification to GIS. If you do, GIS will

provide you help to understand the files, including communication

with trained personnel and an explanation of any codes. Another

person may accompany you by providing identification.

If GIS obtains any information by interview, you have the right to

obtain a complete and accurate disclosure of the scope and

nature of the investigation performed.

The disclosure was followed with a signature line to acknowledge receipt.  Plaintiff was also presented with an Authorization Regarding Consumer Reports and Investigative Consumer Reports (Authorization).  Plaintiff signed both of these documents but alleged that he found the documents confusing so he could not make a meaningful evaluation.  Weeks after signing the documents Plaintiff received a letter from Meyer with a copy of the consumer report which Meyer uses in evaluating individuals for employment.  Plaintiff was also informed that he could dispute the accuracy of the reports within five (5) business days.

The Court then examined the fourth and fifth paragraphs of the disclosure and concluded that these paragraphs violate the FCRA’s standalone disclosure requirement.

In the companion case of Luna v. Hansen and Adkins Auto Transport, Inc., the Court concluded that providing FCRA disclosure simultaneously with other employment materials does not violate the FCRA.  The disclosure statement was as follows:

NLRB Establishes Standards for Mail-In versus Manual Ballot during Elections

​​On November 9, 2020 the National Labor Relations Board issued new standards to determine if a representative election should be conducted by mail-in ballot as opposed to in person manual voting due to COVID-19 related conditions.

NLRB’s long standing policy normally favors manual in person elections.  In the past the NLRB has permitted mail-in ballot elections under “extraordinary circumstances” exception.  Since March 2020 about 90% of NLRB elections have been conducted by mail.  The new guidance lists six circumstances where a mail-in method can be used. Those circumstances are:

Only one of the six provisions need be present for the Regional Director to conduct an election by mail-in ballot.

Not surprisingly unions most often request a mail-in election which is normally denied.

​Should I Require My Employees to get the COVID-19 Vaccination?

​Probably not but the answer is unclear based on current circumstances.

The Americans with Disabilities Act (ADA) generally prohibits employers from mandating getting vaccination unless job related, there must be business necessity and there is an intrusiveness test.  Thus employers in the healthcare field are likely permitted to require employees to get the vaccination.  Consider also, if a number of your employees refuse to comply you may have a walk-out on your hands which is probably concerted activity under the National Labor Relations Act (NLRA).  Even in the healthcare field there are restrictions on mandatory vaccines related to disability, pregnancy or religion.  Hopefully we will see clear guidance in the very near future.

We reported earlier in the year that the Illinois Human Rights Act required every employer to provide sexual harassment training to all employees by year end.  The training was to be in conformance with the Department of Human Rights Training Manual.

We have developed a training program which can be modified for most employers.  If you have not amended your sexual harassment policy to include Version 2.0, give us a call and we can provide the necessary modifications and provide the required training for your trainers.

NLRB Invites Public Comment on Whether to Band Scabby the Rat

​Nearly everyone has seen unions displaying inflatable Scabby the Rat in Chicagoland and elsewhere.  In a case brought against Painters District Council 14 and the Chicago Regional Council of Carpenters over displaying giant rats along with banners, the National Labor Relations Board has asked for comments from the public as to whether Scabby the Rat should be banned entirely as being coercive or modify the NLRB’s existing standard that the behavior becomes coercive only when it is accompanied by picketing and similar conduct.

People not directly involved in the case can file comments by December 28, 2020 at the NLRB’s website.

Do You Want To Receive This Newsletter Via E-Mail?​​​

If so, send an e-mail to: bivaska@senlaw.net with “The Niew Newsletter” in the subject header. In the body of your message, include your name, company name, office address, e-mail address at which you want to receive the Newsletter.​​ 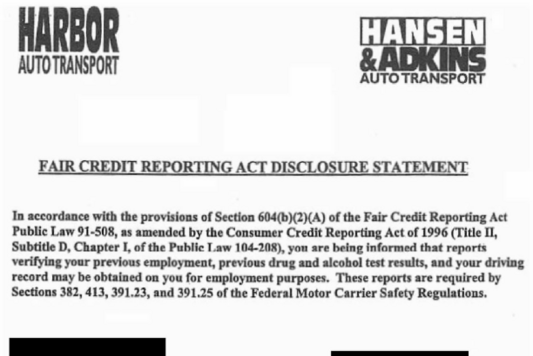